I just wanted to thank all of you for supporting my work. 2017 has been a year of many milestones for me as an artist. Even though I have health setbacks I keep trucking along and your support helps to keep me doing what I love.

With 2017 being such a great year for me artistically I can’t wait to see what 2018 brings. One of the gifts my goddaughter Ava got me for Christmas is a really nice hardcover notebook that says “Enjoy The Little Things”. I plan to use it to jot down all creative ideas. So get ready Freaky Fanatics and……… Happy New Year! 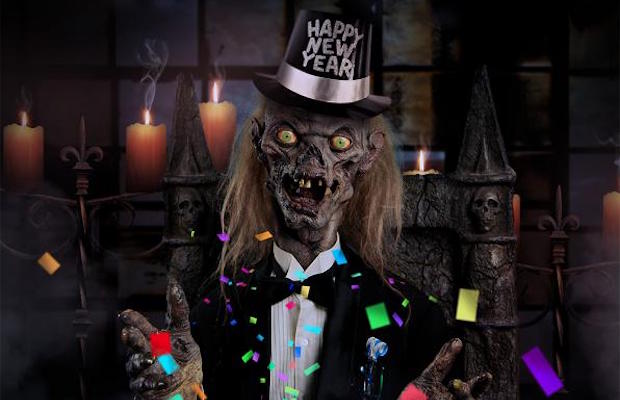 This post might not be directly about a piece of my art work but it’s something I want to share because like art, music has gotten me through life’s hurdles. I might not create music but I appreciate the ones that do.  And as you know part of my experience as an artist has also been being a promotional and merch band guru…. so for me music and art go hand in hand. So with that… lets talk about the incredible night we had on Friday!

I can go on and on here and tell you how Everclear’s music has affected me since I was in junior high. How seeing them for the first time in 1995 was one of the best shows I had seen when I was younger. How I use to have stacks of Spin and other rock magazines that either had Art Alexakis on the cover or just had a little interview article inside . How even at the age of 36 I still rock out to their albums like I am in my high school bedroom. But being able to tell the band that myself was the ultimate for me!

We went to the Sparkle and Fade 20th Anniversary Show at H.O.M.E Bar and it was incredible. They played the ENTIRE album and then some. I am surprise I had a voice the next day as I was screaming along word for word. When I told my friend Trisha (who has known me since high school) about the show she told me she could imagine it cause every time she hears Everclear she still always thinks of me. 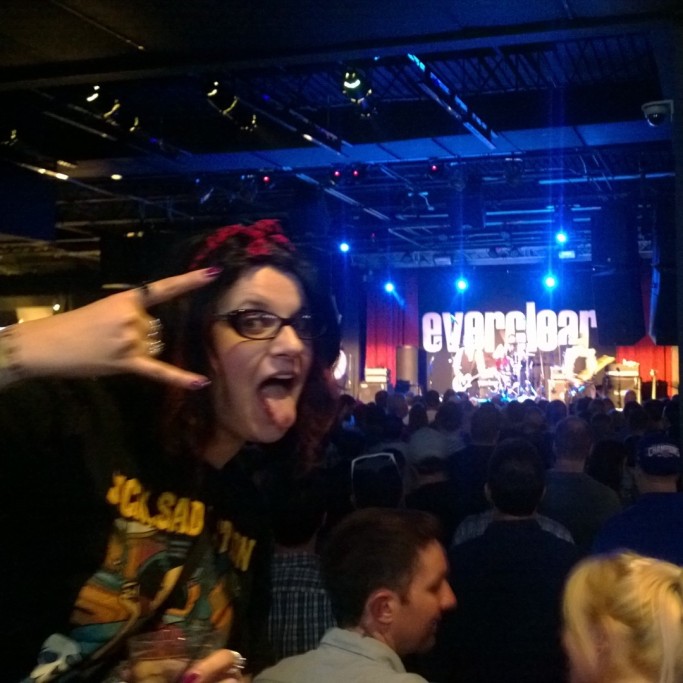 This is a photo Frank took of me from our booth. I am literally standing on the platform over the crowd ha ha. Not about to miss a second of it.

Needless to say I was in my glory like I was the first time I saw them back in 1995 and it was even cooler to be able to tell them that. They decided to hang out at their merch table after the show to say hi to fans. I had already gotten a shirt earlier before the show started (made sure to get the one with all the tour dates on the back so it was nostalgic 90’s “I rock this shirt proudly because I was at the show” ha ha. Remember those days?) but was not going to miss the chance to at least say hi to them. And on a splurge I totally bought the Sparkle and Fade record despite already owning the CD. I really wanted to have something for them to sign and since this was so unexpected I was not my normal prepared self. They also don’t do ticket stubs the way they use to back in the day and I wanted to be able to wear my shirt so no go for signatures there. So I thought this is something I have dreamt of since I was younger and despite the mark up on the album I told myself “buy it or you will regret it”. So I did. I also knew it would be a great way to remember the unforgettable time I got to hear this entire album live.

As cool as the signatures are to have as memorabilia nothing will compare to the photo my friend Ellie captured or me with Art!!!!!!!!

If only I could go back in time to tell my younger self “be patient” that this would happen to me in my 30’s. Even so I don’t think I would’ve believed myself. I know sometimes we get star struck but this actually meant so much to me to be able to tell the band how much their music has gotten me through some of the toughest and greatest times of my youth. They also really loved my Jane Lane shirt ha ha.

Me and my handsome husband at the show