So my friend Heather sent me a picture today that totally made my day.
She works for a school and was laminating cards for the kids
and came across this one and had to send it to me….. 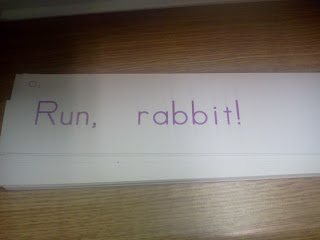 If you are a big Rob Zombie fan like myself.. you will understand why this made my day ha ha!
Amazing!
Thank you Heather!!!
LDG Nicole﻿

Like Loading...
Leave it to no other then Rob Zombie to be the first man that makes me WANT to wash clothes. Ha Ha!
You all know about my love for Mr Zombie
and this is just another reason to add to the list of why this man is genius!
And bravo to Woolite for hiring him.
I have been anticipating this commercial ever since Rob started to talk about it online months ago and it was everything I hoped it would be!
For more about my “healthy obsession” love of all things Rob Zombie
and to see so of my Rob Zombie inspired art work click HERE!

﻿ Anyone that knows me, sees my name online , reads my Rob Zombie related posts on this blog, or even looks at my art work can tell I absolutely adore everything about Rob Zombie!!

So I want to take this time to use my site to say Happy Birthday to the Super Beast!!! Hope your birthday rocks as hard as you do!! And we all know how hard you can rock!!

Last night was unforgettable!! Me and my husband Frank went to see Alice Cooper and Rob Zombie for the Halloween Hootenany tour! As posted previously we got the tickets as our 1 year wedding anniversary present to each other. The timing could not have been more perfect (since our wedding anniversary is on Halloween), the theme could not have been more perfect (since we are obsessed with Halloween) and of course the bands could not have been more perfect (because we are huge fans). As everyone knows just from my site name alone and my previous posts about my Rob Zombie art, that we are huge fans and have seen him numerous times (and I have even gotten the opportunity of a lifetime to meet him and his wife Sheri, as well as many of the awesome actors from his amazing films).  And I have always dreamt of one day seeing Alice Cooper. So to see them both in one night was something we will never forget. Such an amazing, memorable wedding anniversary gift to each other. The Murderdolls kicked things off and were killer. Alice Cooper left me in total awe and was everything I dreamt he would be live, and Rob Zombie left me demon speeding from the awesomeness of his performance.

Since so many of my customers/fans of my site are also fans of “shock rock” I decided to post a few pics for your enjoyment!! 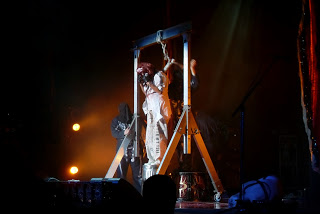